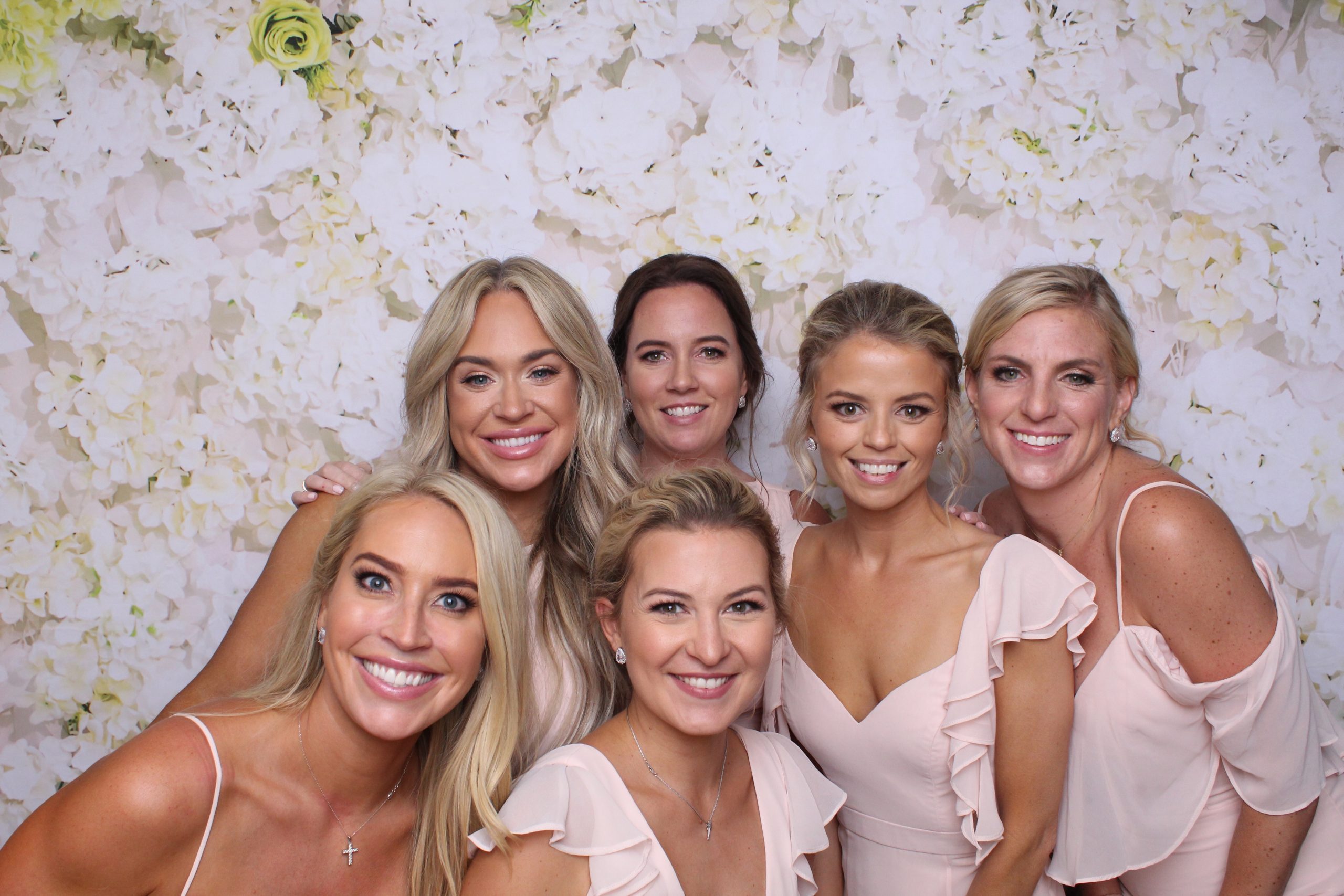 It never fails. We get everyone perfectly centered, the frame filled, and then we go to snap the photo and suddenly the frame is only filled in the lower half. Did the camera move, did the ground shift? Nope, it’s the dreaded Sorority Squat!

At a wedding this past weekend, I laughed when a male guest called out his female friends in the photo for posing in the Sorority Squat. Not only did he know the term, but he also used it in perfect context! It got me wondering, where did the term originate?

A quick look on Urban Dictionary finds the following definition:

Typically performed by sorority sisters immediately prior to a picture where one or more participants slightly bend their knees and lean their thighs with their arms regardless of whether or not people are behind them in the photo. Possibly used to accentuate the butt. Although scientists have still yet not found the origin or purpose of this tribal ritual, much discussion has been devoted to its research.

In the photo booth world, we see this “ritual” often. We try our best to compensate. Odds are, if there are three or more in the photo, the squat will happen. The odds also increase with alcohol. One thing is certain, the sorority squat happens regardless of an affiliation with a sorority! Let this serve as our final plea to banish the sorority squat once and for all.

See if you can spot this phenomenon here.