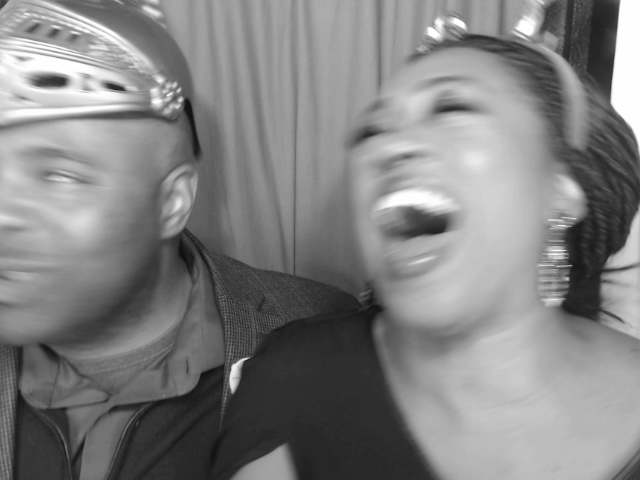 Seriously, who can caption this?  It looks like he said something really funny and made her burst out laughing, or she said something he denied and that made her laugh even harder than the former.  We don’t know what went down, but it sure made a great action shot!

Our caption of choice so far is “when you think it’s gonna be silent but deadly but it just ends up being deadly.”  You won’t catch us in the booth long after that!

A big thank-you to Katherine K. for inviting us to The Renaissance Hotel for this 360 Mortgage Group party and an equally large thanks to Amanda Brizendine for letting us use your photos.  They definitely capture the mood of the evening!